The History of Capri 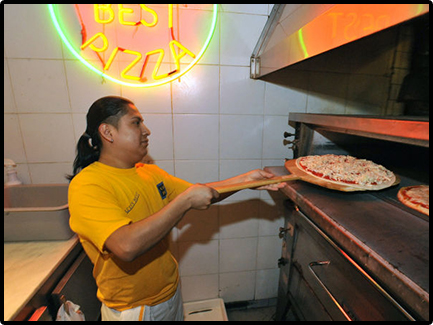 Opened in 1975, Capri Pizza has been a solid staple of the Atlantic County shore community for almost 40 years, and its owner and proprietor  Rocco Giugliano, has no plans of slowing down any time soon, even after an uncertain transitional period where Capri closed briefly.

Rocco was born in Naples, Italy, and came to the U.S. in 1964. He opened his first pizzeria with a friend in New York at age 18, and after several years, moved down to the Jersey Shore to start anew. He opened Capri in the Shore Mall at age 25, and operated the restaurant for most of the mall’s 45 year existence. In

that time, Capri built up a loyal fanbase of not just local mall workers but of permanent county residents and tourists that visited the area during the summer. In the mall’s heyday in the 1980s, he was serving 300 to 500 pizzas a day out of his small corner of the food court, and often times patrons would return several times a week to enjoy the food and atmosphere that Rocco generated.

However, as the Shore Mall began to decline and the area became more dangerous, it was time to think about maybe moving Capri to another location. That would become a necessity once plans called for the Shore Mall to be demolished — and there would be no renewing his lease in his famous spot in. With construction calling for the mall to be torn down and rebuilt as an open air mall, Rocco briefly considered returning to New York, unsure of whether his place was still in South Jersey.

Luck would quickly turn in his favor. With the closing of a bakery in the Terra Mar Plaza, Rocco jumped on the chance to move Capri to a more populated and well-traveled area — right along Tilton Road, the main vein of the Atlantic County shore. After closing Capri down in the mall in May 2013, a whirlwind of activity ensued on his new property, re-installing his ovens and grills and completely transforming his new space into a bigger and better Capri Pizza. 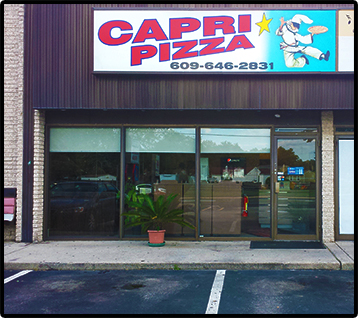 Capri reopened in July 2013, and since then, Rocco has seen many of his regulars reappear from the ashes of the mall — and a number of new customers that just happen to be driving by and see his bright blue sign. Word of mouth travels far in our corner of New Jersey and news of the restaurant’s rebirth spread quickly in the area, attracting more customers and drawing compliments of patrons new and old on Capri’s new look and new location.